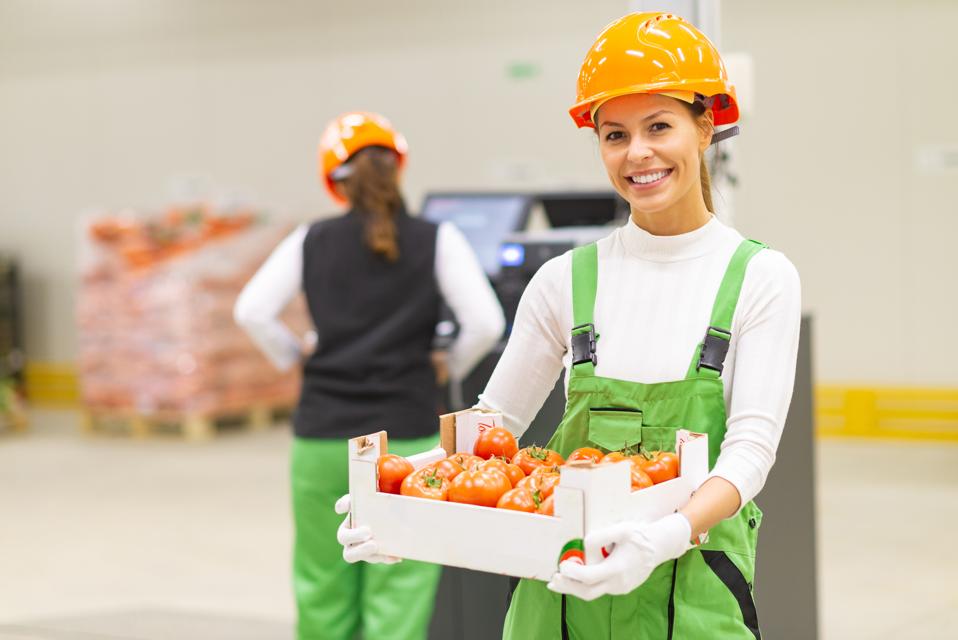 Now that we’re in the thick of the holiday cooking season, it’s a good time to reflect on the safety of the U.S. food supply.

For some, that’s described by these panicked thoughts: Foodborne illnesses are out of control! The evil “Big Food” companies are killing us and just don’t care!

That’s certainly an impression people can gather if they pay attention only to particular “if it bleeds it leads” current event headlines, and the angry agendas some filmmakers have served up in recent years.

But it just isn’t so. The statistics on foodborne illnesses have stayed fairly constant over most of the past decade, and food companies have dramatically ramped up their efforts to prevent pathogens from reaching consumers.

“The demand to deliver ever-higher quality and lower cost is relentless,” said Rob Gremley, CEO of ETQ, a Boston-based provider of software solutions for specific product quality processes, such as training, documentation, and complaint tracking. “Companies just can’t make a mistake – with social media, millions know about it in hours. And the consequences of any quality incidents have gone up dramatically.”

The Instant Pot Is Over 50% Off On Cyber Monday

Of course, when mistakes can literally kill people (over the time period of the chart above, the U.S. averaged more than 22 deaths per year due to foodborne illnesses), such pressures are understandable. So are burgeoning regulations. “Just from the Federal government alone, manufacturers have seen one and a half new regulations every week for the past 30 years,” Gremley pointed out.

Companies have also added their own quality and food safety external oversight. Most now subscribe to one of several food safety management protocols such as Safe Quality Food (SQF), each of which provides a code by which to ensure proper quality and food safety practices, coupled with periodic audits by third-party inspectors. All of that is in addition to government regulatory oversight by the FDA or Department of Agriculture and state-level regulators.

The challenges go beyond the producer’s own activities, however. “Food quality has to be maintained through the entire life cycle,” said Gremley. That means ensuring safe processing at ingredient suppliers’ plants and within a company’s own plants, as well as safe food handling through transportation and retailing.

“I like to call it ‘the mega-machine of quality,’” Gremley said. “It’s pretty amazing, the quality and consistency from places like Starbucks and Subway. Starbucks sells something like four to five million cups of coffee a day, and they add complexity around the holidays with holiday-themed new items. Yet they maintain their consistency all around the world, whether it’s a peppermint mocha or a turkey and stuffing Panini.”

ETQ’s software provides a foundation for the fundamentals of quality and food safety. Those include such aspects as recipe documentation, processing documentation, allergen management, cleaning practices, operator training, complaint handling, non-conformance resolution, and change management. “An easy way to market our software is fear,” said Gremley. “You don’t want a product recall, and you don’t want to wind up on the front page as a result. But those things aren’t the norm in the food industry, or the pharmaceuticals industry, or really anywhere that quality is a core concern. People are working hard to ensure that their customers’ experiences are positive. We try to tie the quality end all together for them – including the people, the process, and the technology. Think about the Starbucks example again. Say they have a customer complaint that leads to a recipe change. That means you have to document the new recipe, the documents involved in ingredients and processing, any changes to the process, and retraining – what? 40,000 baristas?”

Of course, food companies aren’t the only ones concerned about quality. ETQ got its start in the hardware end of things, based upon ISO (International Organization for Standardization) standards. Its founders worked for Underwriters Laboratories (UL), the global independent safety science company, and initially wrote their Reliance software as a technology-based solution for ISO compliance. The company’s customers now range from heavy equipment makers like GE Transportation, a Wabtec Company, through the more heavily regulated food companies like Boar’s Head and Dole, to one of the most heavily regulated industries of all, pharmaceuticals, and companies like Novo Nordisk.

In the end, Gremley sees continuing opportunity for food companies in particular to continue to demonstrate that they’re working to eliminate food safety problems – and, of course, he and ETQ will be there to help. “As the demands for quality continue to increase, and as the pressure to lower costs continue, we see tremendous headroom here,” he said.

Other companies could soon be offering potential improvements to food producers. LexaGene, also based near Boston, is a biotechnology company that’s developed a new pathogen detection instrument. Food safety is one area that could benefit. “Many food companies send samples to outside labs to check for pathogens, and don’t get the results for three or four days,” said Dr. Jack Regan, LexaGene’s founder and CEO. “Some may have already shipped product to warehouses, so if samples come back positive, that means a recall. We foresee being able to do that testing onsite with results in about an hour’s time.” Not only would that greatly reduce the chances of a recall potential – along with the even more troubling possibility of bad product accidentally reaching a consumer – but it would also reduce food waste. Additionally, it could result in fresher product on shelves by eliminating hold times to wait for test results.

Our ideal should always be eliminating foodborne illnesses entirely, and of course any deaths resulting from contaminated food are tragic. Still, the statistics show that the U.S. food supply is extremely safe. “Behind every single one of those food brands are dozens, hundreds, thousands of people who are thinking about its quality and safety, and trying to make every single consumer experience a good one,” said Gremley.