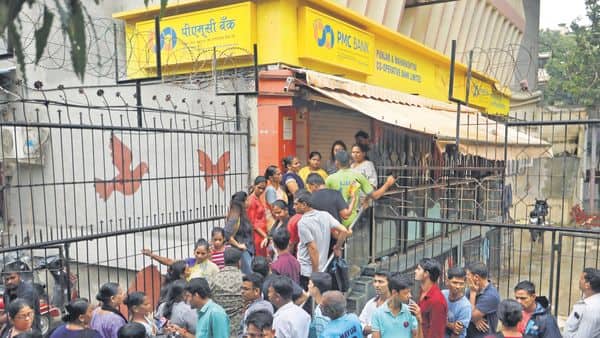 The Centre is considering introducing an ordinance to amend the Banking Regulation Act, 1949, in order to give more power to the Reserve Bank of India (RBI) to regulate cooperative banks in the wake of the alleged fraud at Punjab and Maharashtra Cooperative (PMC) Bank Ltd.

The proposed amendments in the law could get the Cabinet’s approval as early as this week, two senior government officials said, requesting anonymity.

“The finance ministry has received inputs from the RBI and has finalised the amendments to the law,” the first official said.

In September, the RBI had superseded the scam-hit PMC Bank’s board for six months after finding under-reporting of loans. Currently, cooperative banks are governed by dual regulations—state cooperative bodies and the RBI. While financial supervision comes under the ambit of the banking regulator, appointments are mostly looked after by the state bodies.

“The proposed amendment will ensure that the dual regulation goes away. The RBI is likely to become the sole regulator for urban cooperative banks,” the official said.

The government may take the ordinance route if the proposed bill, to make changes in the law, cannot be introduced in the ongoing Parliament session, which ends on 13 December.

Cooperative institutions play a crucial role in financial inclusion in both rural and urban areas.

The RBI had imposed withdrawal restrictions for account-holders of PMC Bank, among the top 10 urban cooperative banks, after it detected diversion of more than 70% of loans to a single entity—the Housing Development and Infrastructure Ltd.

As the bank came under the direct control of RBI, cash withdrawals were capped at ₹1,000 per account for six months, but subsequently relaxed to ₹50,000 as panic spread among depositors.

Last week, finance minister Nirmala Sitharaman said that nearly 78% of PMC Bank’s depositors have been allowed to withdraw their entire account balance, even as the ₹50,000 ceiling on withdrawals remains.

In case of any medical emergency, marriage or any other crisis situation, depositors can withdraw up to ₹1 lakh, Sitharaman said in the Lok Sabha.

“This will address the concerns of the small depositors,” the minister said.

She also said that steps are being taken so as to ensure that the properties of the promoters, who have allegedly misdirected the bank’s funds, can be given to the RBI under certain conditions. Thereafter, those properties can be auctioned off, and the money earned can be repaid to affected depositors.

Kuntal Sur, partner and leader (finance risk and regulation) at PwC India, said: “RBI becoming the single regulator (for co-operative banks) will be a positive move. As a result, regulatory arbitrage will come down and customized good practices will follow, in terms of liquidity and capital, among others.”