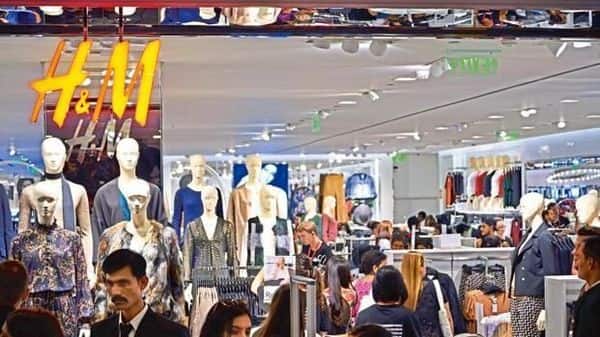 H&M’s fast fashion doesn’t seem to slowing down in India. For the year ended 30 November, 2019, the local arm of Swedish fashion retailer Hennes & Mauritz (H&M)—known for its affordable and trendy fashion—posted a 43% jump in sales touching nearly Rs1,500 crore, even as it opened fewer stores in the market and activated online sales though Myntra. To be sure, H&M Group that runs other brands such as COS, Monki, H&M Home, among others, follows a December to November financial year.

In 2019, H&M opened 8 stores in India, lower than what it added in 2018 when it opened 12 new stores here. H&M that globally competes with Inditex-owned Zara now has 47 stores here, the retailer said in its full year earnings report released on January 30. In 2018, sales at the retailer’s India business grew 29% touch Rs1,108.2 crore in the year ended 30 November, 2018; the pace of growth was much lower than what it posted a year ago, when its India business almost doubled its revenue to Rs860 crore.

In India—where H&M has been present for five years now—the retailer that has been introducing more low priced products, and reducing its extended sales period, said that sales both through its stores and the internet ie via H&M.in and Myntra continued to do well.

“We are delighted with the India results, within 5 years in the country and at almost 1500cr sales shows that the customers are very happy with H&M’s business idea. Our stores continue to do strong sales, Online with hm.com and myntra has also shown good growth. We look forward to the Indian design collaboration with Sabyasachi launching soon and becoming increasingly relevant to the Indian audience,” said Janne Einola, H&M India’s country manager.

H&M entered India in 2015 with its first store in New Delhi, and promised to open 50 stores in the country with investments of Rs700 crore. In March, 2018, the company even expanded into e-commerce sales in India in order to reach a wider market, following other fast fashion retailers such as Zara and Forever 21 that sell online. Last, year it announced plans to launch on Flipkart-owned fashion website Myntra.

H&M that has been on a mission to turnaround its business by reducing dependence on marked down inventory, and investing more in e-commerce said its efforts are helping boost profitability. This is especially key in a scenario where consumer preferences shifting the world over—where shoppers are buying more goods online, and prompting fast fashion brands to turn sustainable and contribute more towards being “climate positive”.

“Increased full-price sales and decreased markdowns contributed to an improvement in profit for the full year and in the fourth quarter, when we achieved a 25 percent increase in operating profit while maintaining a high level of activity in our transformation work…The composition and level of the stock-in-trade continue to improve, and we expect a decrease in markdowns again in the first quarter – for the sixth successive quarter,” Persson said.

As H&M builds more of its business online, it is also re-looking at its physical store openings. The number of net new store additions for 2020 is expected to be around 25 as it undertakes store closures in Europe, China, and the US.

In its full year forecast, H&M said that it plans to open 200 new stores in 2020, mainly in growth markets, while at the same time consolidation will continue with around 175 planned store closures, mainly in established markets. “Most of the store openings will be in South America, Russia, Eastern Europe and Asia (excluding China), while the closures will take place mainly in Europe, the US and China,” the company said.