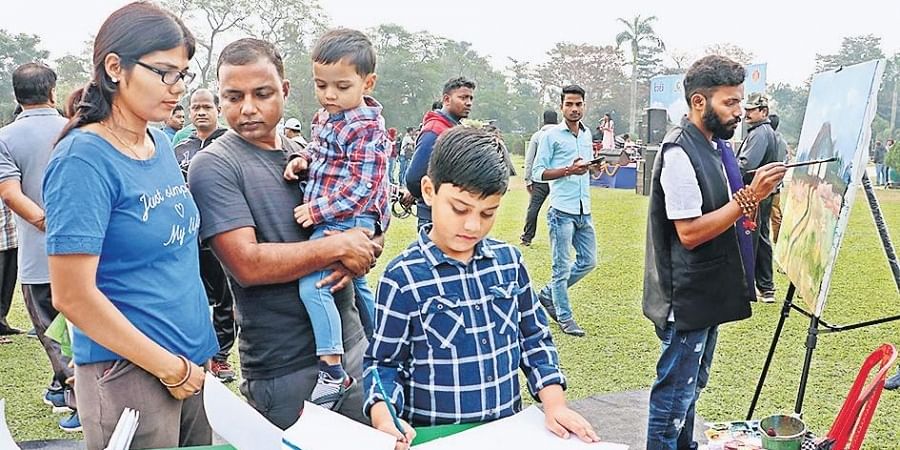 BHUBANESWAR: Park Utsav, an event to encourage a healthy lifestyle among citizens in the Capital City, kicked off in two parks here on Sunday.

The event was organised by Bhubaneswar Development Authority (BDA) at Indira Gandhi and Madhusudan parks on the first day and it will host the festival every Sunday over seven weekends. On a given Sunday, the festival will be held in at least two city parks simultaneously from 7 am to 9 am.
On the first day, around 3,000 citizens of different age groups took part in the festival where various events, including yoga and art session, cultural programmes, awareness campaign on cleanliness, training on sign language to help differently-abled, story telling and programme for senior citizens were organised.
Similarly, the Bhubaneswar Municipal Corporation (BMC) organised a ‘Mu Safaiwala’ campaign and distributed cotton bags among the visitors to discourage them against use of plastic and polythene bags.

The Commissionerate Police has also decided to raise traffic awareness among youngsters at the event every week.  BDA Vice-Chairman and BMC Commissioner Prem Chandra Chaudhary said, “While the Park Utsav will continue every Sunday till March 15, we will collect feedback from citizens and analyse their participation to decide whether we should continue the programme or not.”

Tags: among, Bhubaneswar, citizens, encourage, Healthy, in, Kick’s, lifestyle, off, park;, to, Utsav'